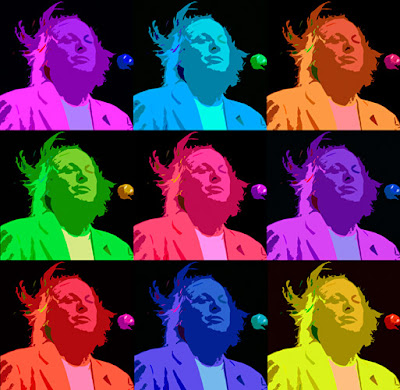 Adrian Belew for the Album Side Three, another unbelievable masterpiece by Mark Colman

"Guitarist Adrian Belew has a new live album ready to drop and is planning to tour the US once again with his Power Trio.

Dates for the 2008 Adrian Belew Power Trio Tour launch Feb. 19 in Seattle. The outing is scheduled to stick close to the West Coast in February and then jump to the East Coast in March. Details are listed below.

Belew's Power Trio comprises 20-year-old drummer Eric Slick and 21-year-old bassist Julie Slick. The siblings are graduates of the Paul Green School of Rock, where Belew met them in early 2006.

The trio, which has been touring together since late last year, has been recording live shows for the album "Side Four," which is due tomorrow (11/20). The set trails last year's "Side Three," which marked Belew's third solo album in less than a year following 2005's "Side One" and "Side Two."

The first three albums in the series feature bassist Les Claypool of Primus and drummer Danny Carey from Tool.

Belew also released new material this year with his pop band, The Bears. The album "Eureka!" surfaced in May and The Bears did a mini-tour in the spring."
********
Also, as per Pollstar there are new dates added to the Power Trio tour this spring as follows (and a little birdie told me there are yet more to be added soon)

ETA: Oh, pardon me. It appears that birdie just flew by:

Erm, I know I've been among the missing lately, but combine my new blood pressure medication with National Novel Writing Month and the excitement of Side Four Live and a lot of e-flurrying (heh) I'm doing in connection with that, I haven't had time to blog.

So let's do a quick recap.

You can purchase Side Four Live right here.

There's also a very good chance you will be able to purchase Mark Colman's poster in connection with the photo shoot he did for Side Four Live -- you know, this one -- and I've heard a rumor that it will in fact be the official tour poster for the trio so continue to check Ade's website: 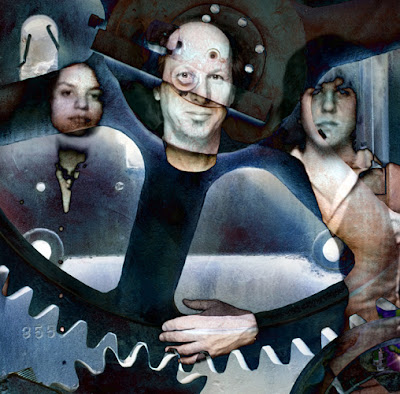 You can check up on my progress at National Novel Writing Month right here.

I get to walk the red carpet (even if it is from Bed, Bath and Beyond) for the opening night preview/premier of Why We Wax in New York City on December 10, 2007 because I am one of the film's co-stars.

And wrapping up the headlines of today, I wrote a blurb for a new short story collection by an incredible mysterious author so that's way cool, too...stay tuned for a lot more on that in the near future, too.

Other than the above, things are quiet. I'm really looking forward to Thanksgiving with the family...Julie and Gary are furiously planning the menu and as is my eccentric tradition every year, I will post photos of each dish as well as detailed ingredients and descriptions.

Sigh...I wonder if this is my last carnivorous Thanksgiving. Yikes, what if by this time next year, I'm a vegan?