Good morning and happy holiday week!   I opted to work, because my entire office decided otherwise.  So here I sit, wearing jeans and a t-shirt, blasting All Things Must Pass and getting caught up on stuff I put to the side while I worked on emergencies.  Life is good.

Actually, I'm lying.  While my life is good, it's absolutely horrifying for others in this country, i.e., immigrants, people with pre-existing medical conditions, AND POOR PEOPLE WHO ARE TOO STUPID TO KNOW IT YET AND HAVE HITCHED THEIR HOPES AND DREAMS TO AN IMBECILE.

Do people really believe a morbidly obese lunatic in a bad yellow wig is going to save them? 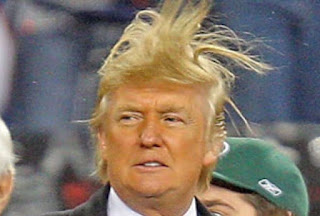 Okay, enough of that today.  Last week was so demoralizing...I need to be positive the week of July 2, 2018.

So here's something beyond positive - Natalie has a brand new video released this morning and Elton John played one of her new tunes on his radio show, so that's pretty damn cool.

Such spectacular things happening for my family right now...stay tuned.

Julie is hanging out in the U.S. until July 18 - she's in the studio finishing the new Echotest record (omg, wait until you guys hear it) and recording with her dad for a special campers-only release at Three of a Perfect Pair Camp the week of August 13.  It's so exciting to be around Julie while she works on both new records - I get to be privy to stuff like artwork, song selection and order, etc.

As we speak, Julie is headed to the studio to do the final mixing, but how lucky am I, I just saw on Instagram that before she left at 10:00 a.m., she made us spanakopita for dinner from scratch.   Here's the clip she posted:

Anyone who thinks being a vegetarian is boring needs to study my food pics :)    Follow me on Instagram at @robinslick.

In Eric news, he wrapped up the Dr. Dog tour though he's got a bunch of festivals to play between now and the end of October.  So he's going to be sitting in with Natalie on her tour this summer/fall, including the XPN Festival on July 28!  Here's Natalie's schedule for the rest of 2018...actually, this list is incomplete because it doesn't list the XPN Festival or some other dates in EU I saw on Natalie's website, but for whatever reason, her site is down right now as pertains to touring and I lifted this list from the general internet.  I'll come in and fix it when it's available - I have a feeling the tour portion of her site is down right now for that very reason...it's being updated.  But hey, in the meantime, Brooklyn, NY this Saturday night with Natalie and Eric looks pretty awesome, huh.


So there it is - the almost complete tour list :)   Looks like Natalie and Eric are going to have a brilliant time traveling and meeting fans all over the world!

What else...let's see.  Wednesday is July 4, also known to my neighbors as THE DAY OF DOOM.  Just kidding, but about one million people descend on my neighborhood that day to see the fireworks, and this year, Pit Bull is giving a free concert on the steps of the Art Museum, which is six blocks from my house so that is going to be particularly insane.  No, I'm not going, and no, I'm not moving the Lexus from its parking spot all day :)    But Julie, who is in town like I said, wants to go to the fireworks with her Daddy just like she did every year growing up, so those two are headed there Wednesday night.  As for me, just like I did every year when Julie and Eric were growing up, I will be home stuffing my face and comforting the dog, in this case Jake, who totally freaks out from the sound of fireworks.  It's like July 4 is most dogs' worst nightmare.

On the menu for July 4 at Casa Vegetarian slick will be baked beans, cole slaw,  corn bread, salad, etc.  Yeah, we eat all sides.  Got a problem with that?  Ha!  Not me.  Appetizers and desserts are my favorite part of the menu.

In other news, Julie leaves for Spain July 18 and will be back in Philadelphia on August 8.  August 13-17 is rock and roll camp in Woodstock, NY, and I think her plans are open-ended so far - she usually does a house show in Richmond, VA over Labor Day weekend so we're waiting to hear about that, but I do know if she does do the show, this time Gary will be accompanying her on guitar and vocals, performing material from their new record.  Whoa, it feels wonderful to say that!  So no one will be home for my birthday on August 17 but me, however, I already have my festivities planned.  I'm taking the day off from work and ordering all three meals from Uber Eats.  Hahahahahaha, I know how to live.  I'm thinking breakfast from Cafe y Chocolate, vegetable pad thai and spring rolls from Circles for lunch and Pizza Melanzana from Vetri for dinner. 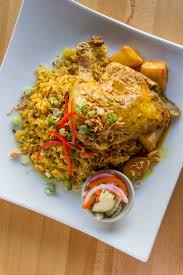 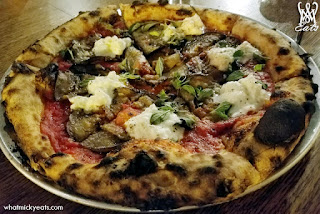 Told you I know how to live!

Echotest's new record will be out this fall.  To say it's epic is putting it mildly.  It's more Pink Floyd than Pink Floyd.  Julie doesn't know it, but when she's not around, I listen to the download while I work on my secret new book(s).  :)  It's really deep, you get totally lost in it as you listen.

Ooh, as I type this post, this just in:

New music from Rayland Baxter.  Eric is on drums and Cage the Elephant's Nick Bockrath is on guitar.  Here's their last song, which I absolutely adore, called Casanova.

I think I may have posted this before, along with the story, but in case I didn't, here it is again.  Gary and I were sitting around listening to the radio, and Casanova came on.  I said to Gary, "Who is this?  It's the second time I've heard it, and I really like it."  Gary didn't know, but he liked it, too.  Both of us thought, but didn't say out loud, that one of the reasons we liked it so much was because it had a Kinks vibe and a Ringo Starr drum vibe, reminding us of Eric.  So imagine our reaction when the DJ announced it was Rayland Baxter with Eric on the drums.  We were both, AW, I SHOULD HAVE SAID IT REMINDS ME OF ERIC, but trust me, I believe Gary thought that because I know I did, and we just didn't say it out loud.  Too cool that everytime we listen to WXPN these days, we hear someone from the family, whether it's Natalie, or Eric with Dr. Dog, Eric with Rayland Baxter, or, Eric with Deva Majal, which I am pretty sure I also posted but I'll post again because it's so freaking brilliant:

Yeah, I know, I say it all the time, but MUSIC IS EVERYTHING.

SO ARE ERIC, JULIE, NATALIE, GARY AND JAKE.

I guess 2018 is all about priorities, huh.  And taking care of ourselves and staying strong in the face of evil.

We can do this.