Bitten to the Core: Available in paperback!

ETA: "Dr. Dog played at Harvest of Hope Fest March 12, 2010. This is an interview with Scott McMicken of the band, concert footage and a fan commentary. This was shot and edited by Andrew Ford for The Gainesville Sun."

So while Eric Slick is down in Austin, TX at South by Southwest and Julie Slick works on her debut solo CD, their mother has some news of her own.

Bitten to the Core is now available in paperback! Hurrah! 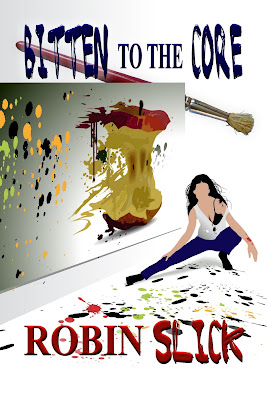 It's available directly from my publisher right here and I'll be providing links for other retailers after I am awake. Actually, they may not be there yet. I'll let you know when but to be honest, everyone benefits when you buy directly from an independent publisher or an indie bookseller. Thanks!

xo
Posted by RobinSlick at 5:38 AM