Well, according to what I've been reading on line, more and more people are saying it. Adrian Belew Power Trio's "e" just may be the best CD of 2009. 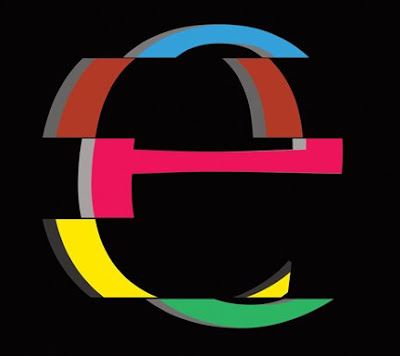 From The Progressive Ears forum board...can't get a direct link to the actual post but it's called " FEATURED CD- Adrian Belew Trio - e":

Fripp commented, "Driving to & from the dentist listening to the Adrian Belew Power Trio's e. Now this is what I call a power trio. Lotsa fun. Current favourite is B. Along the listening-way a few chuckles when I caught the musical puns."
*****
Member: Sputnik 11/13/2009 11:53 AM
"I'm also really enjoying this, probably a release of the year for me as well. Saw them in Fall River and they were pretty good. It might have helped if I knew this album a bit better before the show, though I really enjoyed hearing the stuff live anyway.

To me, this album plays to Belew's strengths and minimizes the things he does that I don't enjoy. Hoping for more in this vein in the future.

Had a ball watching Ade work his magic from 5 feet away. We were so absolutely blown away by his technique that we were all giggling like schoolgirls. I think the Slicks really fuel something magical here. He is just sooooo...*happy*. Just a joy to watch this trio. I will definitely support this act whenever they roll into MA."
******
Member: MissKittysMom 11/13/2009 8:17 PM
"Release of the year for me as well. Simply marvelous."
******
Member: Sean 11/13/2009 8:20 PM
"This is a great CD. All instrumental and flowing logically from piece to piece. It's like the one Adrian CD where he goes after that Crim kinda vibe entirely. Yet it's distinctly the trio's angle on it and really fresh. One of the best of 2009 for sure! The Slicks really did some amazing work on this one and pushed Adrian to new heights."
******
From the DGMLive forum board:

Every fan of instrumental Crim and the Projekcts should head over to Adrian Belew’s website and order a copy of e. I’ve never really understood why AB calls this band a "power trio" until I heard this recording -- they’re powerful alright, and both the bass and drums sound huge (and the drummer has that Bruford snare-bop sound down clean). Gets my vote for the best album Crimson never made"
******
So I have a favor to ask. WXPN radio in Philadelphia, our NPR station, is running their yearly poll for CD and songs of the year. They've kindly been playing the actual title track, "e", which is over seven minutes long, in regular rotation. That is really saying something. If you will kindly place your vote for "e" as CD of the year, we here at Casa Slick will be forever in your debt. And to make life easy, here is the OFFICIAL LINK!

And to further encourage you to vote, here's some "e" for you!