ETA: Oh yeah, baby, Keep it Greasy as performed by Project Object with Eric Slick on drums in the Netherlands last night. This is sick!

Awesome. Okay, now back to our regularly scheduled blogcast.

I won't keep you in suspense. When @julieslick (as I now like to refer to her twitterly self) came over on Saturday night, she created one hell of a meal.

We had a mixed grill - everything was cooked on the barbecue: Coconut curried scallops, endive, zucchini, wild mushrooms, and fingerling potatoes over arugula and Julie's fresh spicy basil salsa verde. The carnivores among us had steaks -- grass fed strips. 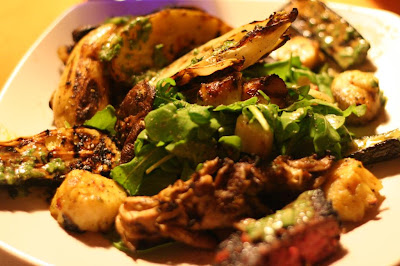 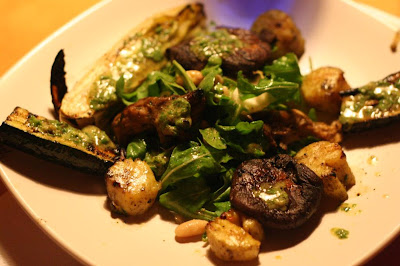 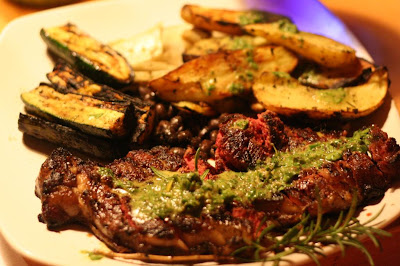 Then, as part of an elaborate ruse to throw a surprise birthday party for her significant other, Matt, last evening, she swung by here yesterday morning to pick up supplies she had hidden in my refrigerator as well as wine, a paella pan (for that is what she made - both traditional and vegetarian)...anyway, I reminisced about how great the previous evening's dinner was and sighed, "God, that was awesome but now I'm so hungry. I don't suppose you have the time to make your poor old mother who-is-not-invited-to-the-party breakfast before you leave, do you?"

To which Julie responded by going into the kitchen and whipping me up the following: Curried over-easy eggs with a splash of hot sauce and arugula in whole wheat toasted pita with sliced white peaches and blackberries on the side. I mean, really. Look what she just "throws together": 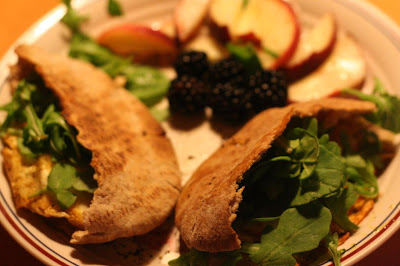 Okay, so I did have the white peaches and blackberries in the house so good on me for that...and eggs, hot sauce, curry and whole wheat pita bread are staples here, but still, I would never have thought to do what she did. At least not so effortlessly.

So I got a very nice surprise when I just downloaded these photos - I found some very sweet shots I didn't know I had from the Adrian Belew Power Trio's show at the Canal Street Tavern last month, taken by their proud father, Gary Slick: 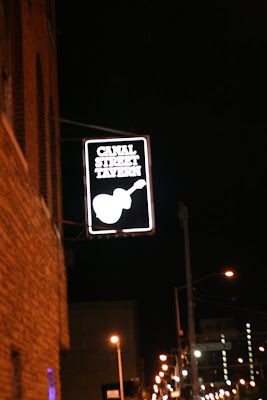 Oh man, look at Julie in this next picture -- how freaking beautiful is she? 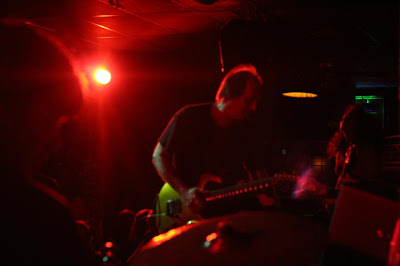 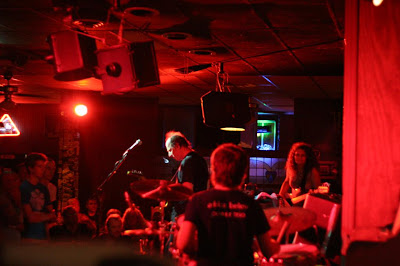 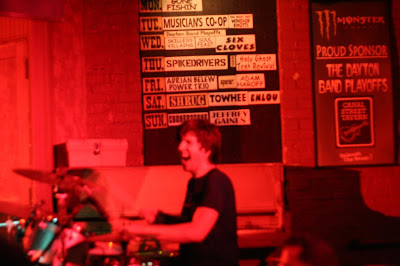 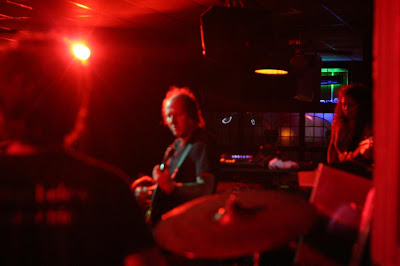 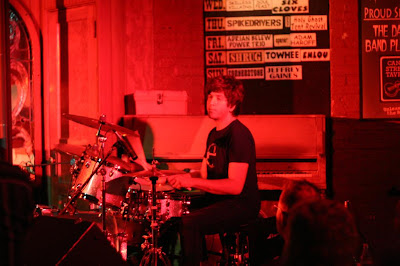 The trio's traditional autograph/meet and greet after every show. 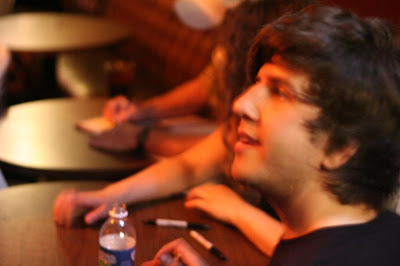 I am getting more stoked by the moment about this tour (click on link - it's Pollstar and there's new shows added - one which stood out is at the Turning Point in Piermont, New York - it looks like total hippieville). It's hitting me that I'm going and I'm like a little kid, all excited.

It doesn't take much to make me happy -- like, I smiled when I saw this on the Zappa Forum board...I found it under "Last Non-Zappa Album you bought": 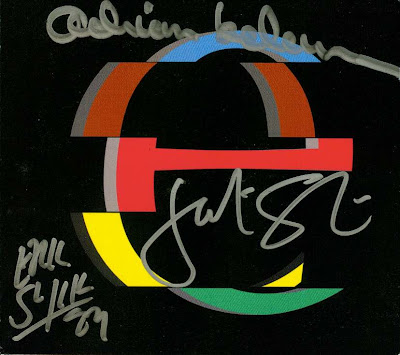 So now you know what the autographed copies of e look like, but of course if you buy one from me on the upcoming tour, the trio just may personalize one for you special.

By the way, both Julie and Eric have updated their blogs recently. Eric just played a Project Object show in the Netherlands...he's off until Tuesday when he plays in Spain. Julie is working like a madwoman in her studio in a valiant effort to make sure there are Slick/Seahag CDs and yes, DVDs of the Adrian Belew Power Trio ready in time for the tour...and maybe...just maybe...a very special surprise...fingers crossed...for those who attend the shows.

And just in from the Netherlands - several You Tubes of last night's Project Object show. I am posting this one, Florentine Pogen, because even though he's on bass for this run, you'll get to see the amazing Robbie "Seahag" Mangano and Eric Slick along with fellow geniui (that's plural for genius in my world) Ike Willis, Andre Cholmondeley, Eric Svalgard, and Don Preston...and yeah, you can only imagine how good Robbie, Eric and Julie are as a band together, too...but wait...you will get to hear that soon. And as awesome as Robbie is on bass...oh man, on guitar...well, I'm sure many of you who read this blog regularly are already hip to Robbie's talent but watch him here on bass:

And here's the link for a whole slew of You Tubes from last night's show. I gave up trying to decide which others to post so just go to the page and watch them all!

Eric is off today to fly to Spain, where the lucky bastard gets to play tomorrow after spending two days at a luxury beachfront hotel there. I know I already posted a photo of that in a blog entry below so I won't make you all (and myself) jealous again. I'm kicking myself that I didn't throw financial caution to the wind and join the band for Zappanale, where they will not only be joined by several infamous Zappa alumni, but holy cow, Terry Bozzio is the headliner. Which means that for the final jam on Sunday night where all the performers join in, Eric Slick, whom everyone calls "Baby Bozzio", will share a stage with his "old man" Terry. Arghh...what was I thinking? Why aren't I there?

Still waiting for reviews to come in from this tour...you know the drill...if I find any, I'll add them in. I sort of think this is going to happen as I notice I'm getting website visitors from various news agencies all over the Netherlands, Germany, Spain, and the Czech Republic. Stay tuned...